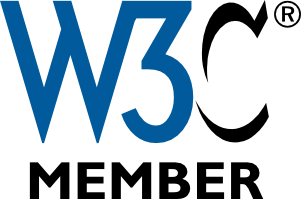 We’re glad to announce that 5apps has officially become a W3C member in order to help shape the future of the Web as a software platform and contribute to the Web Applications Working Group.

Having been firm believers in the potential of the Web as the first truly cross-platform technology to build any type of software upon, we started 5apps almost 1.5 years ago, with the goal of helping developers to distribute their software to the largest audience possible, while considerably easing the pains that come with that.

Today, the world of installable Web applications is messy. Just have a look at our deployment settings page to find 6 different formats and mechanisms for web app installation on various systems, all widely deployed and used. Even worse, only 2 of them are truly open standards: Mozilla’s Open Web Apps and W3C Widgets.

Even a purely-open-source company like Canonical chose to implement their own API and format for Ubuntu Web Apps, maybe due to the lack of a unified, modern W3C specification that would account for their use cases or be extensible enough to accommodate the features they implemented.

But all hope is not lost. When Mozilla started work on Firefox OS, they did so with the goal of doing what nobody else seemed to be committed to: create, implement and push new Web standards not only for any and all APIs currently not available to Web apps, but also for software installation, management, and distribution (including payment), both in the browser and outside of it.

And there we have it: The Web Manifest. An open, unified standard for using and installing software on and from the Web.

As a company dealing with these topics on a daily basis, we’re very much looking forward to contributing not only to this, but also other crucial Web standards related to building and distributing apps, both in the WebApps WG and other groups.

Another important topic for example is offline support for hosted apps, in form of the Application Cache standard. With 5apps Deploy, you can already add offline capability for your app in a fully automated fashion, including an upgrade dialog, and the handling of some of the major pitfalls. But there is massive potential for improvements in that area, as the current standard is somewhat lacking in flexibility and features for advanced usage.

Long story short: let’s turn it up to 11 and make the Web the best, most open and interoperable software platform known to man, while retaining and leveraging all its benefits of participant equality, user choice, and networked information!

Here’s to the Web.

See also our press release on the subject: 5apps joins W3C to help shape the Web